A step or blended family is a family that consists of parents and children who are not biologically related, the parents are remarried or cohabitating with someone other than the biological parent. Blended families make up almost half of all families in the US, according to Stepfamily.org. That means that a large amount of children are being raised in a home with one or more non-biological adult and children. This arrangement raises several family law related concerns, moreso than the mundane issues. Let’s take a look at how the various legal concepts apply to step families.

Coparenting in Step or Blended Families

Depending on how the custody agreement arose, whether it came to be as a result of a settlement (verbal or written), a court order or negotiations, the way coparenting happen looks different.  It is not uncommon to overlook custody provisions that specifically address stepparents’ rights and responsibilities. It’s obviously not because stepfamilies are rare.  Stepparents are not discussed in custody agreements because the courts don’t have jurisdiction over persons who are not parties to the action.  However, some parties are savvy enough to ask that specific provisions be included, making the parties themselves responsible for their partners compliance. One of the ones I see often is a provision that speaks to if and when the child can call the stepparent “Mommy” or “Daddy”.

What You Say in Family Court Matters

Additional provisions that may be included in custody agreements are; whether and to what extent the stepparent can discipline the child, if they can consent to medical treatment, if they are allowed to access school records or attend events, etc. Even if some of these NOT covered in the actual custody document, federal and state laws govern the rights of stepparents with respect to health and education. Stepparents cannot consent to medical treatment of a stepchild, even in emergency situations. They can transport the child to the hospital or medical appointments but need written consent to do more than that. Consent to treatment requires written consent from the parent/spouse who must have joint custody or legal custody.

Same with respect to accessing school records or attending school events, consent (although written consent is not required it is recommended) from the parent/spouse is needed.  As for discipline, no specific laws address stepparent rights in the event the custody agreement fails to mention it. However, the extent to which a stepparent can discipline a stepchild relies solely with the biological parents (as long as it is within the legal confines of their state). Whatever rules the parents agreed to also extends to stepparents. Nonetheless, it is prudent to cover stepparent discipline in the custody agreement. Stepparents should be viewed as authority figures, of course, and should step into that role with confidence but boundaries should be established and maintained.

There is a difference in step parents rights and responsibilities in sole custody arrangements.  In sole custody households, the biological parent does not have to confer with the other when making major decisions.  However, in joint custody, shared custody or 50/50 arrangements, this is not the case. (For a detailed explanation of the difference in custody arrangements go here  https://www.thedivorcesolutionist.com/will-the-court-award-sole-custody).  When consent is required in joint custody arrangements, there are times when that consent can be trumped by the other biological parent.  However, situations that do not need consent, still make copa 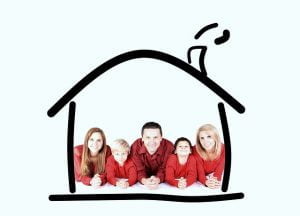 renting amongst stepfamilies difficult. The issues that directly affect custody/visitation are communication, pickups and dropoffs, attendance at special events, household rules, etc. For the most part, stepparents are to adhere to the provisions of the custody agreement even though if they are not mentioned in the agreement.  Furthermore, stepparents should not meddle in communications or discussions between biological parents except in exigent circumstances. Particularly in high conflict custody arrangements, stepparents should keep their input or involvement to a minimum. Maintaining boundaries should be paramount to ensure coparenting goes smoothly.

Child support guidelines applies to biological parents but can bring stepparents into the fold. The purpose of child support is to ensure that children have the benefit of maintaining the same or similar standard of living as if the parents were still living in the same household. However, this principle gets tricky in its application when children have the addition of a stepparent and their income. Although the courts cannot obligate stepparents to provide for children that are not biologically theirs (except in adoption) they cannot ignore the windfall uncalculated income provides. A payor non-custodial solo parent should not have to give up more than his/her proportionate share of income to a payee custodial remarried parent who has the financial advantage of another income in the household.

What happens with child support in stepfamilies? Well, most courts will not “add” the stepparent’s income into the formula.  However, what they are permitted to do is to “consider” the stepparent’s income when deciding if they should deviate from the child support guidelines.  And where there a huge disparity in income, and thus standard of living, they will try to balance them out by applying its discretion.

In sum, stepparents should take every aspect of the new family dynamics into account before taking on the role in a step or blended family.  Although having a custody agreement in place helps a lot, it is nearly impracticable to follow every provision to the letter.  Emotional bonding, physical conditions and financial limitations can make implementation even more challenging.