Will the Court Award Sole Custody 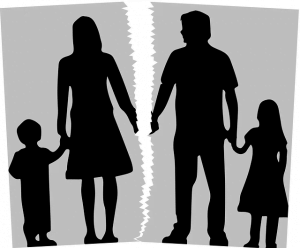 Will the Court Award Sole Custody

In today’s world, there is a lot of confusion about the different forms of custody. We have all heard of the joint custody, some custody and full custody. However, what many are not aware of is that there are two major basis for any custody, that is physical and legal custody.  Physical custody refers to the residence of the child, while legal custody is the decision-making authority the parents have.  These can be either one or a combination of both of them.

Full custody or sole custody are also often used interchangeably. The difference between these two being based more on the circumstances of the parties. Full custody is usually “presumed” in situations where custody has not been established by the courts.  This means that the parent that physically has the child has custody until the court decides otherwise. Sole custody, is a legal concept determined by the court. A parent who has sole custody has 100% decision-making authority and physical custody. The other parent typically has no contact or some visitation or parenting time with the child in some custody scenarios.

The Courts’ Position on Sole Custody

Most states are moving toward a “presumption” of joint or shared custody, presuming that these arrangements are in the best interests of the child.

Judges are moving away from awarding sole custody to one parent even in cases where the “fitness” of the other parent is questionable. These days the court will only award sole custody when there is clear evidence of specific abuse, neglect or abandonment. The specific bases for ordering sole custody are in situations of abuse, neglect, abandonment, incarceration, mental illness, or relocation. If any of these are proven the judge presumes that the noncustodial parent is “unfit” or that the other parent is more “fit” to parent the child(ren). The courts will justify rulings that allows both parents to play an important role in their children’s lives as opposed to limiting involvement.

A parent can be awarded sole physical custody (which is the same as primary custody). If that is the case. the parties will often share joint legal custody, and the noncustodial parent enjoys a generous visitation schedule. In these situations, the parents would make joint decisions about the child’s upbringing, but one parent would be deemed the primary physical caretaker, while the other parent would have visitation rights under a parenting agreement or schedule.

Conversely, a parent whose awarded sole legal custody can still be directed to split physical custody with the other parent. The variation in these scenarios depends mainly on each state’s laws regarding custody.

Making a Case for Sole Custody

It’s one thing to allege the basis for sole custody, it’s entirely different to prove it.  Unless sole custody is agreed to by both parents, which is how sole custody is normally granted, proving it in court is no easy task. Of course, some grounds for sole custody are more obvious than others, a trial is still often necessary.  The extent to which the petitioner must provide proof or evidence of the grounds depends on other factors as well.  For instance, in a case of abandonment, which is defined differently in each state, mere absence from the child’s life may warrant further explanation as to why.

So, when making your case, it is prudent on the petitioner to understand the legal concepts and how they are proven in court.  Getting a handle on your state’s “tendency” to rule one way or the other requires diligence.  In fact, it is advisable to work with an experienced professional who can help you with the nuances of this area.   Additionally, custody trials can be awfully expensive, extremely time consuming and mentally & emotionally draining.

A viable alternative to sole legal custody can be as simple as choosing specific language in the court order or agreement.  Including phrases such as “ X parent has final decision-making”;  “both parents are to decide on educational, medical and social issues jointly. In the event the parties are unable to agree, X parent has the final say”; “X parent has the authority to make decisions with respect to educational, medical and social issues when the child is in their home” and similar verbiage.  The beauty of negotiating with a mediator, amongst yourselves or with lawyers present is that almost any of these goes.  If the court is forced to decide, then the chances of bypassing sole custody this way is gone.

In sum, if you are determined to get sole custody then you need to start preparing for it way in advance.  The more you know, the more you prepare, the more help you get the more likely you are to succeed.