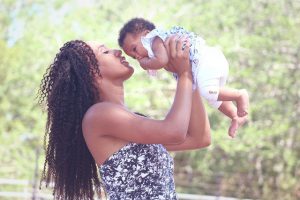 Many parents are struggling with a multitude of issues surrounding Covid and co-parenting.  Parents are overwhelmed with things that were once immaterial or non-existent pre-Covid.  Things like virtual schooling vs. in person school, public outings vs. staying home and so on.  Being a divorce coach, I can not keep up with the number of people who ask about the possible outcomes of not complying with child custody arrangements and orders.

If you have a custody agreement or custody order, you need to know how it should be interpreted & followed considering Covid.  Most custody documents clearly state directive with respect to visits, education, medical but not much more than that with respect national emergencies like the current one. Even though “the best interests of the child” factors served as the basis for the custody order, that may not be so easy now.

It is not easy to discern what is best for kids when fear is imminent and rampant.  Parents are overwrought with confusion, and rightfully so. The one thing that should be clear though, that is that a custody agreement is a court order and should be complied with no matter what. But what if compliance puts the child(ren) and their loved ones at risk?  This does not excuse violating the order, but depending on the specific facts of the case, may explain it.

Disagreements with the Custody Arrangement in Emergency Situations

The “best interests of the child” factors are based on the same principles no matter the circumstances of the case.   This means that the court will weigh what is in the child(ren)’s physical, mental and emotional well-being. However, though parents generally want what is best for their child(ren), what they think is best for them is subjective especially in emergency situations.

Parents can have a difference in opinion concerning education, health, discipline, etc. and still be suited to be parents.  And in cases where there is a formal custody arrangement, disagreements in unanticipated event can come up.

In an ideal world, these disputes would be resolved amongst the parents.  But unfortunately, there is hardly anything ideal about family law.  From a court’s perspective though, it is important that “families” work together to hash out things related to their family.  At a minimum, judges expect parents to make every attempt to settle disagreements without court intervention.

Getting the Court to Intervene during a Pandemic

Seeking court intervention should be the last resort under normal circumstances, let alone a national crisis.  Most courts are still operating on a limited basis and capacity.  In fact, the method you choose to proceed in court can determine how and if your application is “heard”.  Some courts are forcing parties to postpone anything not considered an emergency.  Other courts are going a step further by prioritizing the emergencies.  Either way, unless your issue is urgent, you may be forced to settle it yourselves anyway.

Under normal circumstances, there are two ways to proceed in court when there is a disagreement about custody.  One method is to file a Motion to Modify Custody, the other is to file a Motion for Violation/Contempt of a Custody Order or Agreement.   Guess which one will get you into court right now?

Consequences of Filing a Motion for Violation/Contempt

If a parent files a Motion for Violation or Contempt against the other for not following the child custody arrangements the consequences can be harsh.  For instance, if a custodial parent withholds visits from the other due to exposure risks, the court can impose civil or criminal contempt sanctions, change custody, or impose financial fees.  Even in light of what is going on right now, the court can and will exercise its authority to penalize the violating parent.  Furthermore, the factors the court considers to make the determination will be cumulative.  So, in other words, a parent who blatantly chooses to disregard the order may be punished more harsh than one who attempts to work with the other parent.

You are taking your chances either way.  What consequences are you prepared to live with?  How can you avoid the threats or minimize the risks?  Think long and hard about your options.

By Tracey Bee, The Divorce Solutionist