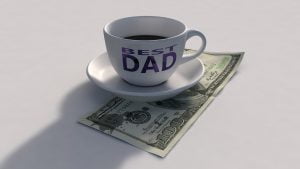 Child support and child custody intercepts at times, but that depends on several factors. In most states Child support is determined by statutory guidelines imposed by that state. Those guidelines usually takes into consideration parents’ income (either one or both), number of children, previous financial orders and some excepted expenses (like employment deductions). Some states also consider the custody arrangement.

The Purpose of Child Support

Child support is intended to provide financial support for children. That generally means that each parent contributes to providing all the basic needs of their child(ren), including medical and educational too.  Although the Child Support Standards Act is the federal law governing child support, each state has its own law with respect to parents financial obligations to their children. Most states statutes base their guidelines on cost of living among other things.

There are 3 models each state chooses from, which are as follows:

Income Shares Model– this is based on the premise that children should receive the same proportion of their parents income that they would have received if the parents loved together. Most states, 41 to be exact, use this model. (Get more details here on each states guidelines.)

Melson Formula-a more complicated (and rarely used) version of the Income Shares Model. This takes into account each parents needs as well as the children’s. Only 3 states use this one. (See Delaware’s child support law.)

There is a difference in joint custody, shared custody and 50/50 custody. (Read here for in depth discussion from one of my previous blog posts.) In cases where either parent has sole or primary custody the noncustodial parent pays child support pursuant to their state statute. However, with respect to shared or 50/50 custody, where the child(ren) spend equal time with both parents obligation varies based on which Model the state uses.

With respect to Income Shares Model, the parents combined incomes and the number of children results in a figure. That figure is then divided proportionately based on the amount of time the children lives with each parent.

Some states’ statutes allows for the court to use discretion in rendering a final support order. In these instances, shared or 50/50, or any variation of joint physical custody, can justify the court coming up with an amount different from the statutory calculation.

You should definitely familiarize yourself with your state’s child support and child custody laws before attempting to negotiate any settlements.

If you would like to discuss the options I have to help you prepare your case for settlement, mediation or trial, please feel free to set up a free consultation. Visit my Home page for details about the services I offer.