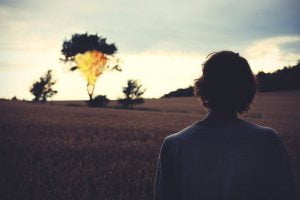 The divorce settlement agreement constitutes 75% or more of the contested divorce cases. Courts are set up to encourage litigants to settle all issues including property distribution, child custody, child and spousal support. Pretrial conferences, settlement conferences and mediation are all part of the program aimed to settle. Divorce settlement, however, does not always take enforcement into consideration. Enforcing settlements are usually another huge piece of the pie.

From the filing of the first pleading, usually the complaint, the process proceeds on the settlement track. The complaint, ideally, lays out all of the details of the case some of which are not really material. The rules of procedure affords great latitude with respect to making allegations in the complaint. Then the opponent has the opportunity to respond with defenses and/or denials that the court can “strike”. This particular phase sets the stage for settlement when the case gets to initial conference.

From this point on, each meeting is pretty much centered around resolving anyboutstsnifng issues. In fact at times the judge will use persuasion to encourage the parties to settle. The judge will give a hint of suggestion of how he/she will rule should the case go to trial.

Also, the time lapse between conferences is strategically designed to give the parties the opportunity to negotiate settlement.

Although the courts maintains an environment conducive to settling, it’s not always the best way to proceed. Although it’s usually cost beneficial for all involved, it can set either of the party up for failure.

Negotiated settlements have inherent flaws, as much as they have advantages. First off, it’s imprudent to enter into settlement talks if discovery is not complete. The discovery phase is always tricky in divorce cases. One or both parties are often apprehensive about turning over financial, personal and health information to the other. It’s a rare instance where both parties fully disclose every fact, document or authorization related to the issues in divorce.

Second, as I mentioned above, sonetimes judges strongly urge resolution for reasons unrelated to the particular case. This can unduly influence either party to give in to these suggestions regardless of how fair they are.

Third, unavoidable distractions can also affect how successful settlement talks can go. Emotional and mental volatility are often the source of uneasiness

Enforcing Settlement
It’s no secret that coming to an agreement is entirely different than getting both sides to stick it. Especially in family law, people often find reasons to justify deviating from the terms of their settlements. Financial changes, remarriage/new baby, debt obligations etc. to name just a few reasons.

More than half of divorce settlement agreements wind up being hauled into court for enforcement, modification and/or contempt. The agreements do not come with a gatekeeper to monitor it’s execution so at times they are not worth the paper they are written on. Lawyers, mediators, parenting coordinators etc may try to help facilitate the execution of the agreement but they’re efforts are often futile.

Enforcing settlement agreements requires court intervention more often than not. Rarely is there ever an incentive for the violating party to voluntarily comply. So the opposing party must employ the court if they want to the terms of the agreement implemented.

A forced settlement is not better than any settlement at all no matter how much pressure you’re under. You would be cutting of your nose to spite your face. Coming to an agreement is not always a bad thing, it just requires a rational mind and tempered emotions.

If you would like to discuss how my consulting, coaching or Unbundled services can help you on your divorce or custody please schedule a free 15 minute consultation.